While true that women are much more likely to admit to themselves and others that they are struggling with depression, men, too, can fall into depressive episodes. Men may not be as in touch with their emotions as women are; they are more solutions-oriented by nature. Men do not spend copious amounts of time ruminating about their emotional state, and even see that as a sign of weakness. Rather, a man experiencing depression is prone to compartmentalizing their emotional pain, locking it away so it doesn’t interfere with daily functioning—or so they might think.

Men are also much less likely to seek professional help for a major depressive episode due to the perceived stigma toward mental health issues. They may regard those who need mental health treatment as weak, and do not want to be seen that way. Men may also be more reticent about discussing personal feelings with a stranger, the therapist.

About twice as many women are diagnosed with major depressive disorder than men. According to the National Institute of Mental Health, 8.5% of the adult population that experience depression is comprised of women, compared with a 4.8% rate of depression in men. While the data indicate women are more likely to experience depression than men, it is possible that the wide difference in prevalence reflects a reluctance to acknowledge the disorder and remain undiagnosed. However, ignoring the symptoms of depression can lead to worse problems, like kicking the can down the road.

Symptoms of Depression in Men

The symptoms of major depressive disorder as identified by the DSM-5 include nine common signs. When at least five of these symptoms persists for more than two weeks, and is not related to another issue such as a medical condition, the individual is diagnosed with depression.

The symptoms of major depressive disorder include:

However, when it comes to male-specific depression symptoms, here are some telling signs that a man might be suffering from depression.

Causes of Depression in Men

Depression is a complex mental health disorder than is still not fully understood in the scientific community. To date, research has identified the following potential causes of depression in men and women:

Call for a Free Confidential Assessment

Treatment for Depression in Men

Men can put up resistance when it comes to getting the help they need for a depressive disorder. In many cases, it is the spouse or other family member that ushers the man to a mental health provider for assessment. But taking this first step is critical for addressing the mental distress and finding relief from symptoms.

Antidepressant drug therapy. Medications that modulate the neurotransmitter serotonin are the core treatment element for depressive disorders. These come in a variety of categories, including SSRIs, SNRIs, MAOIs, and tricyclic antidepressants. Antidepressants take about 4 weeks to make an impact on symptoms, and it is quite common to have to trial a few different substances or dosages before finding the one that is effective. Antidepressants do come with a list of potential side effects, with the most common being nausea, blurred vision, weight gain, sexual dysfunction, fatigue, dry mouth, constipation, and insomnia.

Psychotherapy. Although many men do not relish the idea of sharing their personal struggles with a stranger, they will find that working with a psychotherapist can have immense benefits. The therapist can assist the individual in exploring possible underlying factors, such as interpersonal problems or a history of trauma. Additionally, using cognitive behavioral therapy (CBT), the therapist can guide the man to consider negative self-talk or other disorder thought patterns that might be contributing to the persistent low mood.

Men’s support groups. As an adjunct to the individual psychotherapy, group sessions with other men who are struggling with depression can be an excellent source of support. During the group therapy sessions, a clinician will facilitate the topics of discussion and encourage participation.

There are several lifestyle tweaks that can also assist in managing depression in men. These are natural remedies that can improve overall mental wellness and may include:

Mental Health Hope offers a refuge for individuals seeking a knowledgeable source of support and information for mental health disorders such as depression. We recognize that depression does not discriminate, that depression in men is very real. Our compassionate mental health specialists will provide a free, confidential telephone assessment, and provide helpful information pertaining to depression as well as depression treatment options. If you are a man struggling with depression, reach out to our team at Mental Health Hope today at (877) 967-9274. 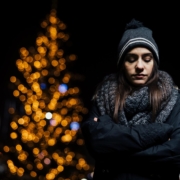 How to Manage Depression During the Holidays 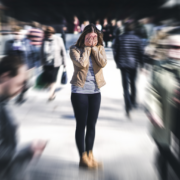 Want to join the discussion?
Feel free to contribute!

Speak to a Treatment Specialist

Mental Health Treatment
Use Your Insurance
Get Help Now

How to Manage Depression During the Holidays